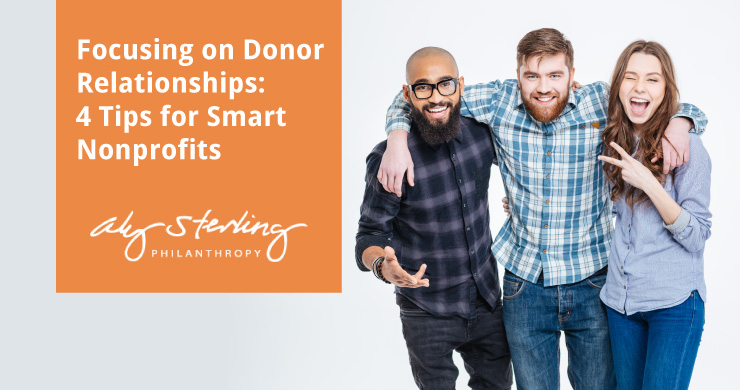 Think about your best friend or a beloved family member. What happens when you interact with them? You might have an inside joke that you reference and laugh about. If you haven’t seen one another in a while, you may have a tearful reunion.

Relationships are important. They help build our emotional well-being and drive us to make decisions. Because nonprofits need emotional dedication and commitment on behalf of their donors to drive donations, developing relationships is key for the entire industry.

When a supporter chooses to donate to your nonprofit, it’s usually because you appealed to their emotions when you explained your mission. As a classic example, animal shelters show pictures of cute, sad puppies to drive donations. To retain your donors over long periods of time, you’ll need supporters to feel an emotional connection to both your mission and to your organization itself.

While there are many ways you can build relationships with supporters, we find that the following four strategies have the greatest impact:

As you take proactive steps to develop relationships with your supporters, your organization will develop a brand of trustworthiness and a strong commitment to the community.

You know that personalization is important in relationship building. When you reach out to a supporter with a message that appeals to their specific interests, they’ll be much more likely to pay attention and respond positively to the message.

However, writing these messages out one by one and personalizing each and every email or letter is incredibly time-consuming. Brand new organizations with a smaller base of supporters may be able to manage this, but it’s not a sustainable habit to get into.

Segmenting your organization’s supporters in your nonprofit CRM is the best way to efficiently reach out with personalized messages.

Use the information you collect from your donors to create segments that group your supporters by shared characteristics so that you can reach out to everyone personally and efficiently. We suggest using the following data points regarding donations to create your organization’s segmentation strategy:

Each of these segments requires a different communication pathway to continue engaging with donors and supporters in an appropriate way. You’ll probably send educational materials to your first-time donors to tell them more about your mission and programming. But your major donors probably already have those materials on hand and understand those elements of your mission, so they wouldn’t need that same form of communication.

Keep in mind the next steps that you want your donors to take and how your various communications can lead them there. This communication plan should look different for each segment and appeal specifically to that segment’s interests and needs.

2. Showing appreciation for your supporters

Donor stewardship leads to better retention rates and better fundraising results down the line. This ties in well with your marketing strategy and ensures you’re communicating regularly and effectively with donors.

Send personalized and frequent thank you messages as the core of your donor-centric stewardship strategy. For example, monthly contributors provide your team with twelve opportunities throughout the year to say thank you as a part of your communication plan. Plus, it’s simply polite to show appreciation for your supporters.

Think of it this way: When was the last time you gave someone a heartfelt gift and they forgot to thank you? Even if this hasn’t happened to you recently, you can likely imagine the disappointment you felt at the lack of appreciation. The last thing you want is for your supporters to feel this same dejection.

Work the concept of appreciation into every element of your nonprofit’s strategic plan to be sure it becomes a part of the framework from which your nonprofit operates. Go above and beyond a simple confirmation email to say thank you to donors. This will help you stand out from the crowd.

We recommend taking additional steps to show supporters that you care about their involvement, including:

Keep in mind that some of these ideas may be influenced by the state of the world at the time you send them. For instance, given social distancing guidelines, you might consider making any exclusive events for donors into hybrid opportunities for those more comfortable attending from home.

3. Demonstrating the impact your supporters have on your mission

Remember when we said that supporters initially give because they care about your mission, not necessarily due to any attachment to your organization itself? This remains true until you’ve developed some brand loyalty.

To take the initial attraction to your cause and transform it into loyalty for your organization, you’ll need to show supporters that you’re following through with your promise to use their funds for your mission. Engage supporters with stories of how their contributions made a difference. In all of your communications with your supporters, and especially during your appreciation touchpoints, demonstrate the impact supporters have had on your cause.

Here are some examples of how you might provide an impact statement for various circumstances:

When you’re writing impact statements, be sure to remember to show appreciation for and the impact of all relevant supporters. Specifically, don’t neglect your in-kind donors and your volunteers.

In-kind donations (like the gift of furniture or food) are often hard to share appreciation or impact for because they’re not immediately associated with a financial contribution equivalent. However, that doesn’t mean these gifts are less worthy of your thanks. You might explain that the gift of event chairs allowed you to host your annual gala and raise $150,000 for your cause.

Volunteers provide direct support by giving their time to your organization. Therefore, provide an impact statement the same way you would for a donor for their contributions to your cause. Lumaverse’s volunteer appreciation article provides an explanation of how you can write thank you letters to your volunteers, saying that organizations should use “the supporter’s preferred name, the event or campaign they volunteered for, and the impact they made on the goal of that campaign.” It also suggests asking your executive director to sign the letters, a good practice for impact and appreciation letters sent to any type of contributor.

4. Not always asking for money

If you ask for money too often from your supporters, they’ll start to feel like an ATM. You can’t continuously withdraw from them and still show them that you care. That’s why your nonprofit should make the most of every ask opportunity and steward donors in between asks.

Make the most of every ask.

When you’re spending time between each ask to steward and support your donors, be sure you’re not leaving funds on the table. Stewardship naturally means you’ll have fewer opportunities to ask throughout the year, although those asks will be more effective and help you raise more.

When you ask your supporters for funds, be sure to:

Even if you ask fewer times throughout the year, that doesn’t mean you shouldn’t be communicating with your supporters on a regular basis. Be sure you’re still reaching out with notes of appreciation, insights for new initiatives, and more.

Sometimes the most impactful path toward better fundraising is by communicating with supporters without asking for funds. You can steward your supporters and keep the communications up by taking action such as:

Stewarding donors isn’t necessarily a break for your supporters from your organization. Rather, it’s encouraging them to read, learn, network, and get involved in ways other than donating. This shows that you care about their input and opinions, not just their money.

Building donor relationships is the key to better fundraising. Impactful two-way relationships allow your organization to raise more throughout the year and retain your supporters over longer periods of time. Essentially, these tips all help your organization to show that you care about individual donors and see them as more than just faceless, nameless ATM machines. Use the tips in this guide to get started developing personal relationships with individuals and watch your fundraising soar.

Jay has served this sector for 33 years and is considered the most well-known senior statesman whose advice is sought constantly.

Prior to Bloomerang, he was the CEO and Co-Founder of eTapestry for 11 years, which at the time was the leading SaaS technology company serving the charity sector. Jay and his team grew the company to more than 10,000 nonprofit clients, charting a decade of record growth.

He is a graduate of Butler University with a B.S. in Business Administration. Over the years, he has given more than 2,500 speeches around the world for the charity sector and is often the voice of new technology for fundraisers. 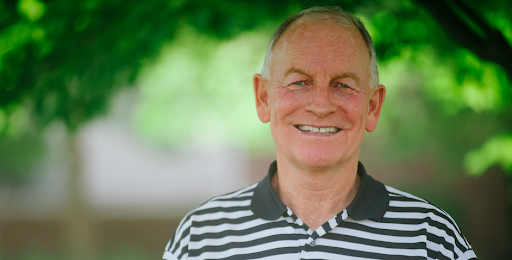